Birds of a Feather: How Cyberhawk Keep Our Winged Friends Safe

One of the reasons why we’re so passionate about the work that we do at Cyberhawk is that it’s so much safer to do our job by drone rather than by more traditional means.

However, our pursuit of safety is not just limited to that of asset inspectors or humans more generally.

It extends to the creatures and their habitats that we routinely come into contact with as part of our job out in the field.

Today we’re going to look at one of the animals we bump into most out while we’re on the job: Birds!

Read our blog to learn some of the things we take into consideration to make sure our feathered friends are kept unaffected by our presence. 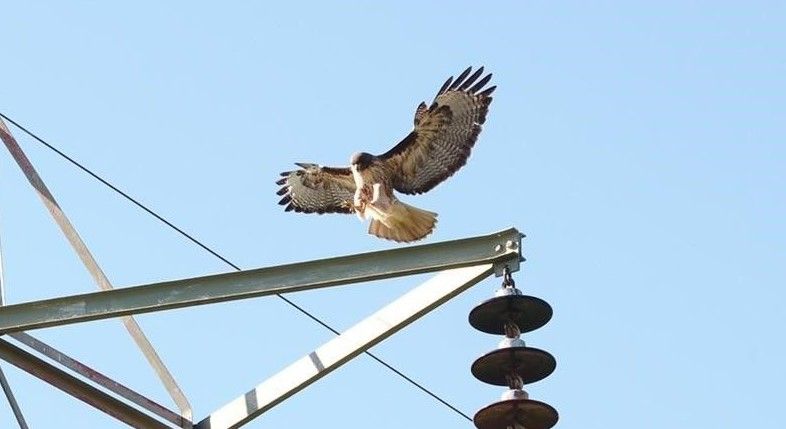 Our main concern when it comes to birds is disturbance and displacement.

Disturbance can cause birds to temporarily or permanently abandon a nest, resulting in failed breeding attempts and can consequently affect population levels.

Less commonly, birds can show defensive or territorial aggression to aircraft by treating them as an intruder. This can include mobbing behaviors and, in some instances, birds have been known to attack them.

These reasons are why it is absolutely vital that we are knowledgeable of the area we are working in and put safeguards in place to protect the birds and ourselves.

The Wildlife and Countryside Act

All around the world there are safeguards and regulations designed to protect animals and their surroundings. In the UK, all wild birds receive a level of protection under The Wildlife & Countryside Act. Further than that, however, some particularly vulnerable species are listed on Schedule 1 of the Act - they receive enhanced protection against disturbance during the breeding season.

Species listed on Schedule 1A receive enhanced protection against harassment at any time – it’s imperative for that reason that all Cyberhawk staff out in the field are aware of the protected species before starting work and plan accordingly. 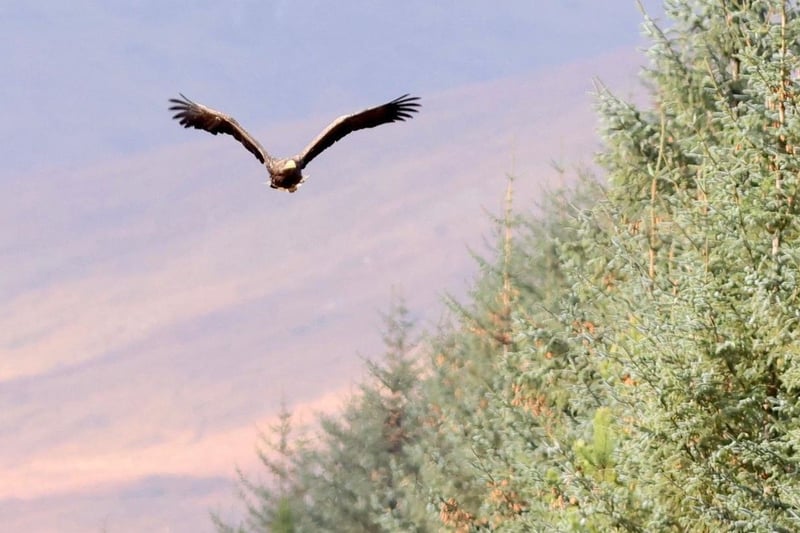 White-tailed Eagle snapped out in the field. It's the largest bird of prey in the UK and forth largest in the world with With a 2.5m / 8ft wingspan.

The old saying goes ‘fail to prepare, then prepare to fail’, and that is especially true concerning drones and safety. That’s why we drew up a pre-flight checklist to ensure our work goes as smoothly as possible and doesn’t the feathered locals we come into contact with.

• Collate information on known bird of prey territories and roosts in the area of the planned work
• Prepare a flight map showing exclusion areas
• Plan flight activity to avoid active nest sites in the breeding season
• When preparing flight plans, consider both horizontal and vertical distances from nests
• Where protected species are involved, discuss any changes to the plan with Scottish National Heritage
• Ensure any mitigation plans are relayed to the aircraft operator and the pilot
• Where unexpected nests or birds are detected within the safe working range being applied, action must be taken immediately to avoid infringement of the law 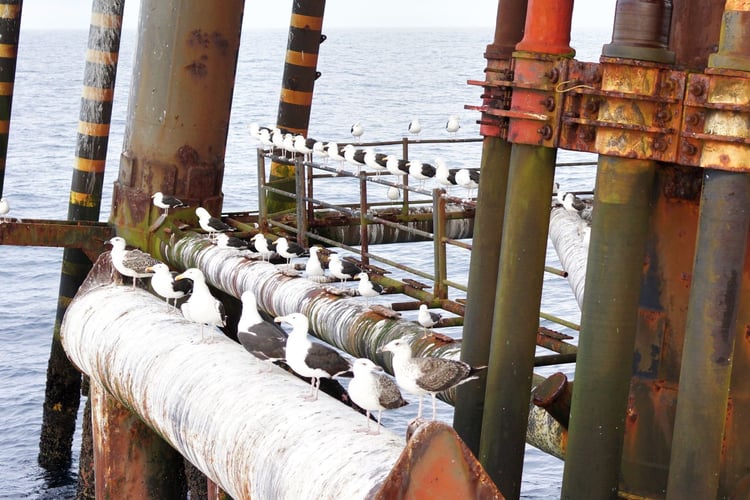 Seabirds nonplussed by a Cyberhawk drone taking their photo.

Before they set off on a job, our guys must be well-versed in the different types of sensitive birds that they might encounter. They can include:

• Birds on structures, such as ospreys or peregrine
• Breeding or nesting birds. They are likely to be territorial during breeding season but crucially disturbance and displacement can cause abandonment of nests
• Birds of prey, these include Schedule 1A birds, eagles and more
• SPA or SSSI birds
• Wintering birds, such as geese, waders and gulls
• Red-throated divers