Spread across 6km, we assessed 61 turbines, each with three monumental 49-meter blades to their name.

Cyberhawk were approached by SSE Renewables’ Blade Integrity Manager to help carry out targeted internal inspections that ensured their blades were all in tip-top shape.

What is traditionally an arduous task, requiring access to restricted spaces, manned internal blade inspections are a time-consuming job that can take anywhere up to two months for a site of this size. The Cyberhawk team was able to inspect an impressive five turbines a day using a specialist internal UAV and finished the entire farm in 12 days. 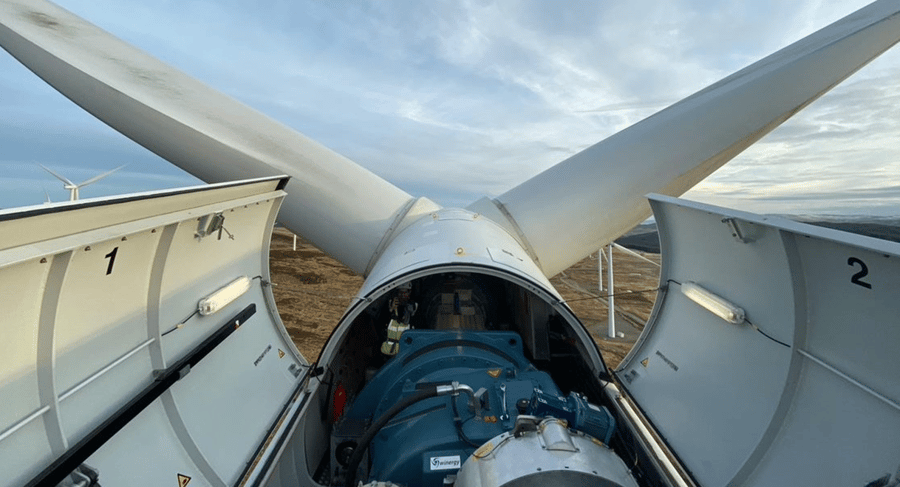 Room with a view.

Drone-based inspections offer a variety of advantages above more traditional means. With the aforementioned increase in efficiency comes an accompanying saving in cost to the client.

More important than that, however, are the considerable strides in safety that arise by putting a drone where a human used to be. As we say at Cyberhawk: The best way to reduce a risk is to remove it!

Due to challenges accessing the internals of a blade, any potential inspector that climbs inside requires specialist training to enter and, should an emergency arise where the entrant became incapacitated, a particularly complex rescue would be needed to get them out. 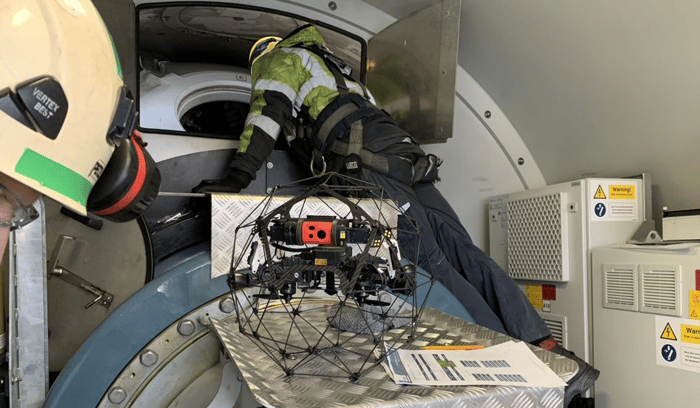 Here we have our pilot in the relatively roomy nacelle of the turbine. Traditionally, the inspector would need to climb inside the restrictive turbine blade itself.

For this particular job we chose the Elios 2 from our fleet.

Unlike most other drones, this one is protected by a spherical cage, which means that it can be flown in internal and restricted spaces and the pilot doesn’t have to worry about the drone’s propellors becoming damaged and losing flight. 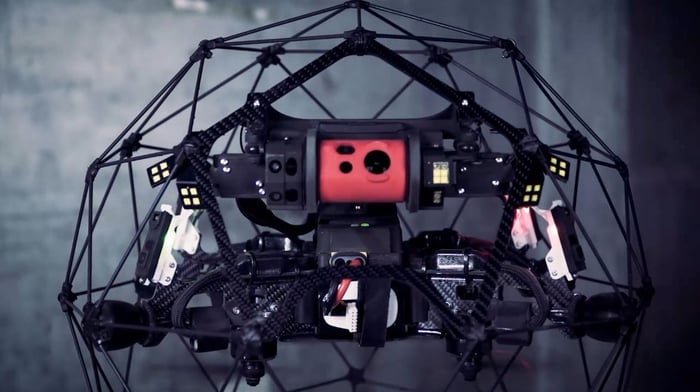 Griffin is located to the south of Aberfeldy in Perthshire and was completed in early 2012. It was built on land which is a mixture of upland heather moorland, grassland and commercial forestry.

Griffin has three distinct groups of 30, 25 and 13 Siemens 2.3MW turbines from west to east on three broadly parallel ridges. The tip heights (the highest point of the rotor sweep) are up to 124m using 45m and 49m blades. Griffin was the first wind farm in the UK to utilise 49m turbine blades.

The Elios 2 captures its entire mission in glorious 4k detail, meaning our Engineers in the office have a record of every inch. They work through the footage with a fine-toothed comb and, thanks to the banks of LED lighting aboard the drone, ensure a well-exposed image inside the dark blade. This makes it easy to identify defects; such as de-lamination, bonding deficiencies or laminate fractures.

Images of any defects or areas of concern are then extracted and a report is later compiled for the client's perusal. 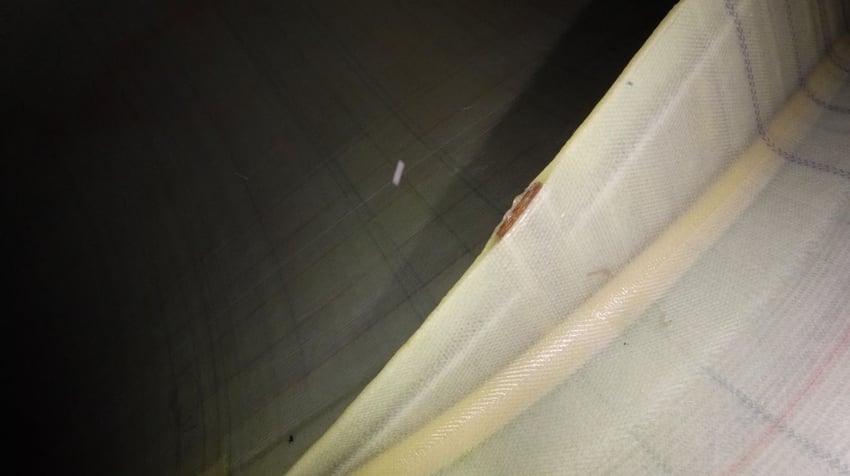 Crystal clear: An image captured inside the turbine blade.

Not limited to just stills of the blade, however, our geo-visual team created a 3D model using the datasets from the video collected. Believe it or not: This 3D model was built by sewing hundreds of images together.

They extracted hundreds of frames from the inspection footage that are then stitched together to generate a texturized 3D model. As the light conditions inside the blade were not ideal for photogrammetry, the resulting mesh output consequently had a lot of noise. Our team countered that at the post-processing stage, where they cleaned, retopologied and UV mapped the model.

The resulting output is of immense benefit to the client as it allows them the opportunity to move around the inside of the blade and get a much more intuitive feel to the location and size of any defects found.

In Their Own Words

“Using this collaborative and innovative approach, Cyberhawk and SSE Renewables have jointly developed and streamlined a process to minimise risks, operational downtime and cost. The benefits to SSE Renewables are safe and repeatable inspections, allowing integrity management of renewables assets for the long term.”

Shoot the Breeze With Us

If you’d like to get in touch with us and learn more about our services, you can do so here.