Emergency Response: How Cyberhawk Helped Turn Lights Back on After Storm

All around the world, extreme weather events are becoming increasingly severe and more frequent.

In the UK, within a window as short as the last three months, three major storms have ravaged its shores – with gales so strong that brick and mortar have crumbled and even major landmarks have been affected. 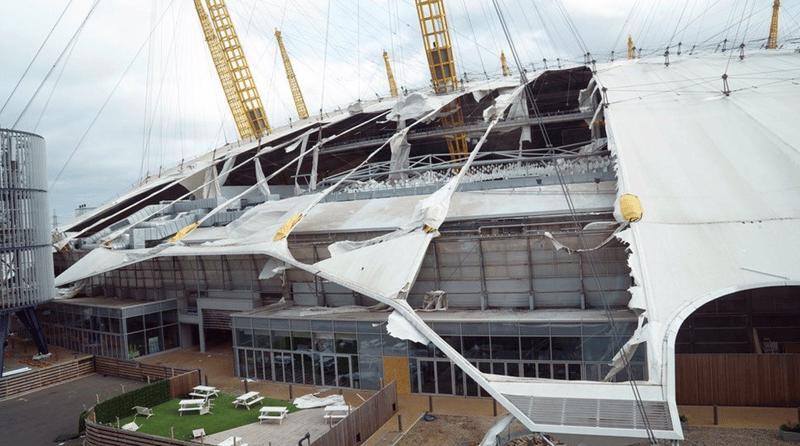 The O2 Arena in London – a relatively new building amongst London’s architecture - was ripped to pieces by Storm Eunice recently (source: BBC).

One of the recurring casualties of such weather – and one that affects the most people - is the impact it has on the power grid. Not built or designed for winds as strong as the ones felt recently, it was perhaps inevitable that the overhead lines and towers that make up our energy network would begin to wilt.

As many found out over the last few months, nature can be cruel and has rendered millions across the UK without a source of heat or light in their homes.

It became clear to us at Cyberhawk, that as the number of storms increase, and the results of them intensify, that innovative solutions would be needed to tackle this new wave of problems.

In today’s blog we’re going to talk about how Cyberhawk became an integral part of one energy providers’ emergency response efforts – and how drones should form part of the solution to a growing risk to all providers.

Drones: An Essential Part of the Repair Kit

In times of emergency, you need cool heads, experience and the right tools to avert disaster.

When it comes to overhead lines and tower integrity there are few who are more experienced than Cyberhawk with approximately 50,000 condition-based assessments on structures completed to date.

Those numbers don’t lie and reflect how often our teams are on the road, out in the field (literally) and how accustomed they are to the tracks and trails that connect the towers that make up our collective power grid.

But what separates Cyberhawk from other solutions is how quickly we can mobilize a team towards an affected area and how the unique qualities of a drone are the perfect foil to storm-damaged assets.

Firstly, the aerial prowess of a drone, in combination with an accompanying 4K camera, can give providers instant insight into the scale of the damage done to the land their assets occupy. Drones offer providers a unique and immediate understanding of the scale of the damage and the task at hand when an emergency response is required.

Not limited to just a bird’s eye view, however, our experienced drone pilots can get within touching distance of an asset and, with the help of incredibly powerful cameras, can capture the full extent of any damage done by the storm and advise the provider accordingly. 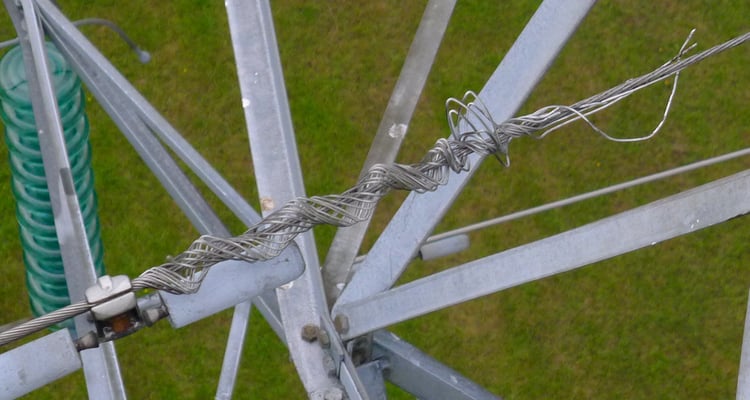 In late November 2021, the UK and parts of France were hit by a powerful extratropical cyclone named Storm Arwen. The storm brought winds of up to 98mph and was assigned a rare red weather warning by the Met Office. It was responsible for thousands of trees being blown over and more than a million UK homes losing power.

As part of the emergency response, a small Cyberhawk team was recruited by one of the UK’s largest energy suppliers to patrol and identify the lines most affected by the devastating storm and identify damage in East Lothian, Scotland.

Cyberhawk were chosen to do so because of their experience, their ability to mobilize swiftly and because of the area that could be covered quickly made possible by drone flight.

The team covered approximately 30km over two days and tracked any damage found by mapping the faulty towers to KML files – a file format that displays geographic data in an Earth browser such as Google Earth. 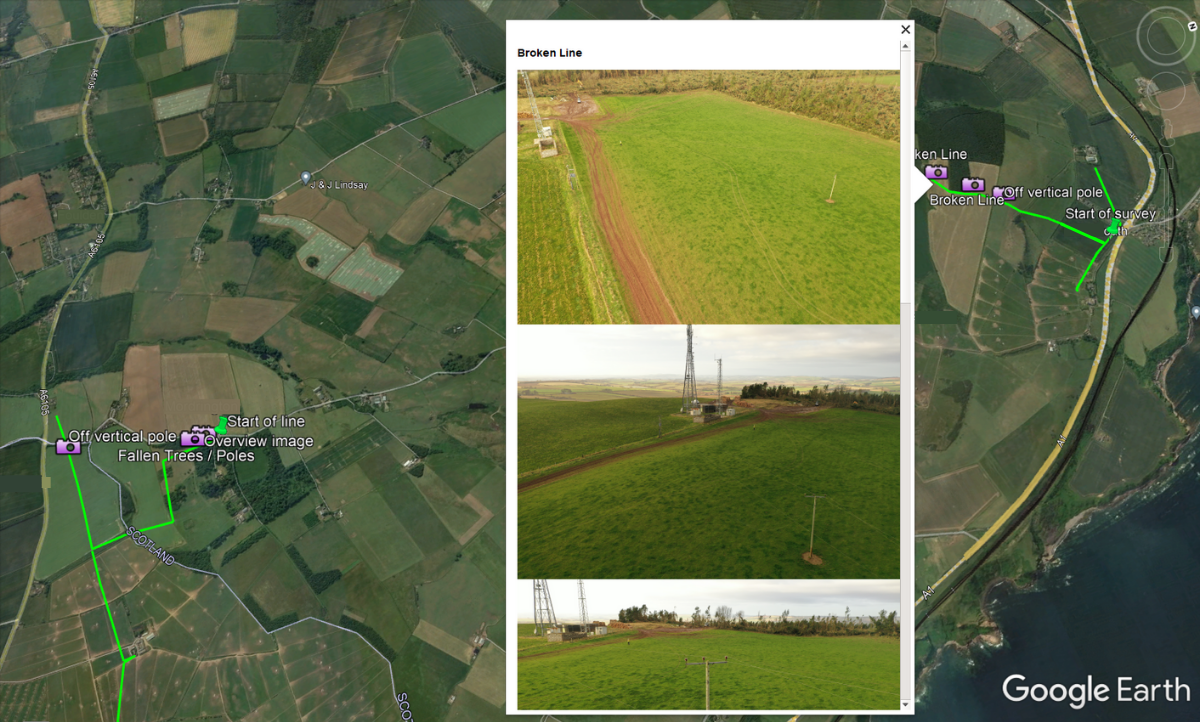 KML mapping made it easy for the provider to see exactly where faulty towers were, what was wrong with them and enabled them to preview damages before arriving at the scene to repair.

The innovation of Cyberhawk and their ability to work rapidly alerted the provider of issues as quickly as possible and meant that repairs could begin to take place earlier than would be the case if the same job was left to foot patrol or linesmen. 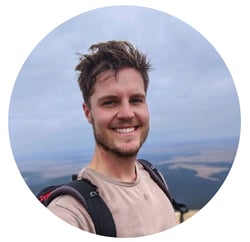 “We were chosen by the provider because they needed to cover ground urgently and get power back on for those who were without it as soon as possible. Our competency operating drones made us the natural choice and from a personal point of view, it was great knowing we were being a real source of aid to those who needed it.”

Prepare for Failure or Prepare to Fail

As the grip of climate change tightens on our planet, extreme weather events will increase in regularity and severity.

This is a huge cause for concern amongst energy providers and those that uphold the maintenance of the assets that make up our infrastructure.

A significant portion of those structures were built decades ago and were not designed to withstand the punishment that modern weather dishes out so regularly.

It is for that reason that providers should be aware of the solutions available to them should disaster strike and their assets be hit by nature’s cruel hand.

Drone-based inspections performed by experienced pilots and engineers can offer a tailored solution to this unique and devastating problem that puts so many at risk of losing their means of light and warmth. The onus now is on providers to prepare for that eventuality.